In order to give you the very best experience, we use cookies to help understand how our our articles and content is used. This allows us to give you a personalized experience and to tailor the adverts presented. You can accept the Full Experience, or choose how you want to view the site.
Find out more in our cookie notice. 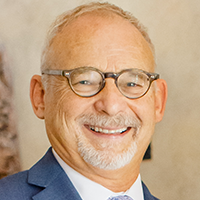 While Toronto and the GTA are popular destinations for newcomers, the City of Hamilton — about an hour’s drive from Toronto, with a population of just over half a million — shouldn’t be overlooked by those looking to start a new life in Canada. Hamilton has a long history of welcoming newcomers, readily-available immigrant resources and services, and a strong, diverse economy. One in four Hamiltonians was born outside of Canada.

“We’d like to make sure that when people are looking at Canada as a destination, they fully understand what Hamilton has to offer. This is a place where newcomers can make a living, and make a home,” says Glen Norton, Director of Economic Development at the City of Hamilton.

Hamilton has one of the lowest unemployment rates in the country as well as the most diverse economy in Canada in terms of type of industry. The top three industries of employment for newcomers are health care and social assistance, manufacturing, and retail.

We’d like to make sure that when people are looking at Canada as a destination, they fully understand what Hamilton has to offer.

Glen Norton, Director of Economic Development at the City of Hamilton

With the presence of McMaster University, Mohawk College, and Collège Boréal, post-secondary opportunities are abundant for newcomers looking to upgrade their skills.

Various employment services are also available for newcomers through the Immigrants Working Centre, the YMCA and the YWCA, and Wesley.

Newcomers benefit from the work of the Hamilton Immigration Partnership Council (HIPC), an established community council made up of both public and private sector groups. HIPC leverages local resources to help support and integrate newcomers, working to coordinate services for newcomers, raise awareness of immigrant issues, and conduct immigration research.

HIPC hosts Newcomer Day, an annual event that brings Hamiltonians together with entertainment, food, music, and an information fair that helps newcomers find housing, healthcare, employment, and other resources they need to get settled in the city.

In late 2017, the HIPC launched the #HamiltonForAll (HFA) campaign. Sarah Wayland, Senior Project Manager for HIPC, says that the campaign “sought to present positive, accurate messaging about newcomers in order to generate feelings of connection and even similarity with immigrants.” It consisted of various pro-diversity advertisements, a campaign website, and a series of talks given by HFA ambassadors to community gatherings and school groups.

Find out more about how Hamilton supports newcomers by reading the resources available on its website, calling the city, or paying Hamilton a visit and experiencing its welcoming, inclusive environment for yourself.

For more information on settling in Hamilton, visit Invest in Hamilton.
Next article